Staff and Board of Directors 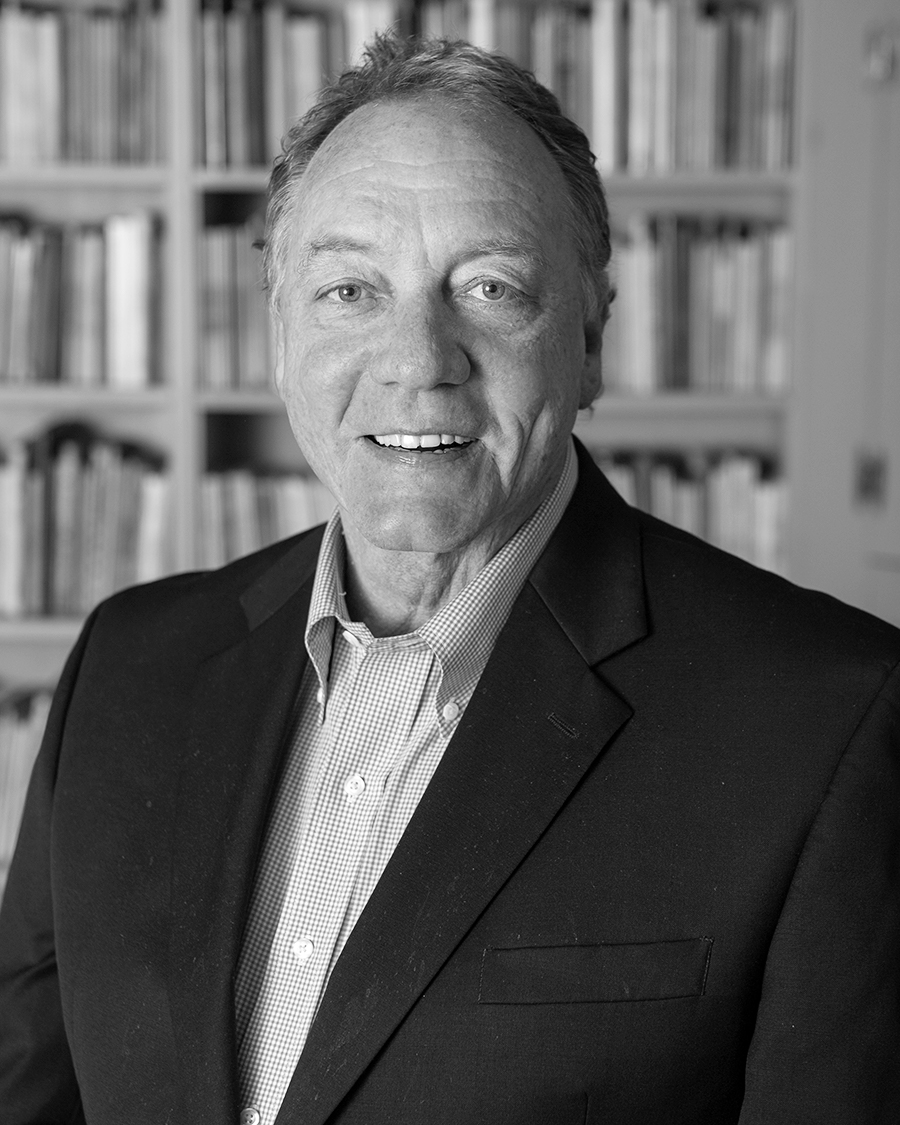 Bob is in his thirteenth season as artistic director/ producer for America’s longest running professional summer theatre company, The Barnstormers Theatre in Tamworth, NH. Bob has worked with the Company for 38 years as a director, actor, and lighting designer. Bob’s directing credits for The Barnstormers include: Damn Yankees, The Producers, Spamalot, Dancing At Lughnasa, The Drowsy Chaperone, Our Town, A Life in the Theatre, Gold in the Hills, The Miser, Babes in Arms, Stones In His Pockets, The Lion In Winter, Big River, A Little Night Music, Jacques Brel Is Alive And Well And Living In Paris, Pippin, A Threepenny Opera, and nearly the full canon of Agatha Christie mystery plays.

Since founding New Art Theatre in 1997, Bob has directed approximately 25 of the company’s productions. Credits include: a canon of plays by William Shakespeare including Hamlet, Macbeth, A Midsummer Night’s Dream and The Tempest; a cross section of Greek classics including Oedipus Rex by Sophocles and Agamemnon by Aeschylus; plays of the Irish Dramatic Movement including At The Hawk’s Well by William Butler Yeats and Riders to the Sea by John Millington Synge; stagings of American literary works by Edgar Allan Poe and Nathaniel Hawthorne; new plays by Belfast playwright Daragh Carville and poet laureate Donald Hall; 20th Century masterworks including Waiting for Godot by Samuel Beckett and How I Learned to Drive by Paula Vogel. Bob’s New Art Theatre direction is recognized for its fundamentalism in concept and innovations in choreography and staging.

From 2000 to 2018 (concurrent with AD responsibilities at New Art Theatre and The Barnstormers Theatre) Bob served as Director (Presenter) of the Dana Center for the Performing Arts, a regional performing arts center on the campus of Saint Anselm College, Manchester NH. In this capacity, Bob annually presented a full season of  international professional performing artists in contemporary dance, classical theatre, and various music disciplines including jazz, blues, classical, and world music serving the general public and an extensive network of student audiences throughout New England.

Bob served from 1996 to 2000 as Vice President for Academic Affairs of the New Hampshire Institute of Art. During that tenure he helped to develop the Institute’s 4-year BFA degree program in the visual arts.

From 1983-1995, Bob served as Executive/Artistic Director of the Palace Theatre in Manchester, NH. During that time the Palace was renovated and reopened to the public. It was nationally recognized as a model for historic facility restoration and performing arts program development. During his tenure at The Palace Theatre Bob directed approximately 30 plays; credits include To Kill A Mockingbird, The Crucible, Amadeus, Desire Under the Elms, Death of a Salesman, Evita and M Butterfly.

From 1975-1980 Bob served as tour director for The New England Repertory Company, a touring American theatre company in the United Kingdom. Bob served under its artistic director and founder W. Clapham Murray then on the theatre faculty of New England College. During this period Bob earned his first professional directing credits with eight productions.

In addition to professional directing and administrative responsibilities, over the years Bob has served as full-time faculty, adjunct faculty or guest lecturer at the University of Memphis, New England College, the NH Institute of Art, and Plymouth State University.

Bob holds a Master of Fine Arts degree from the University of Memphis in acting and directing. He is a member in good standing of Actors’ Equity Association (AEA- the professional stage actors union) and the Stage Directors and Choreographers Society (SDC- the professional directors and choreographers union). In February 2013 he was awarded the lifetime achievement award from the NH Theatre Awards. 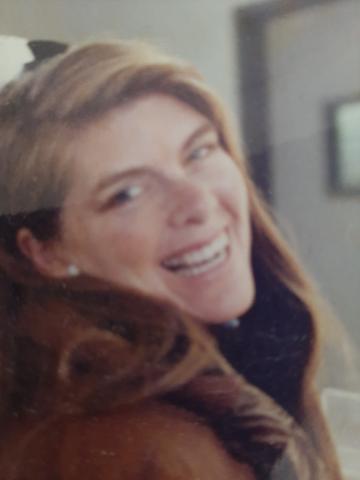 Dale was introduced to The Barnstormers Theatre while living in Francis Cleveland’s father’s house. Being next door, she became personal friends with Francis and Alice and enjoyed many stories behind the scenes. Now company Manager, she works directly with The Artistic director assisting with the day to day planning of each season. This includes researching the rights to each show, organizing auditions and contracts, traveling with the AD to interview stagehands. During the summer season she handles transportation and housing for cast and crew.

In addition, she owns and operates The Highland House Bed and Breakfast and catering on Cleveland Hill Road, which is home of The Barnstormers Supper Club. 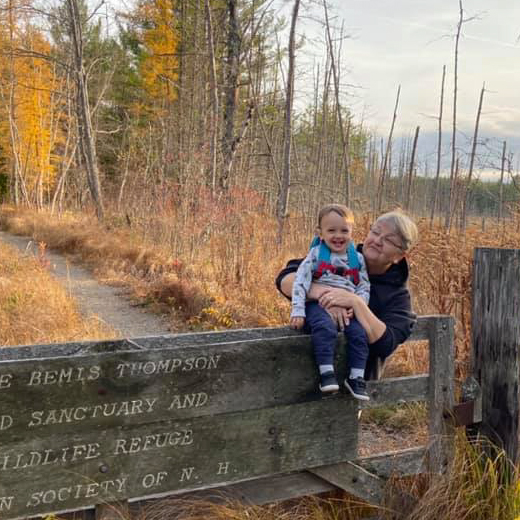 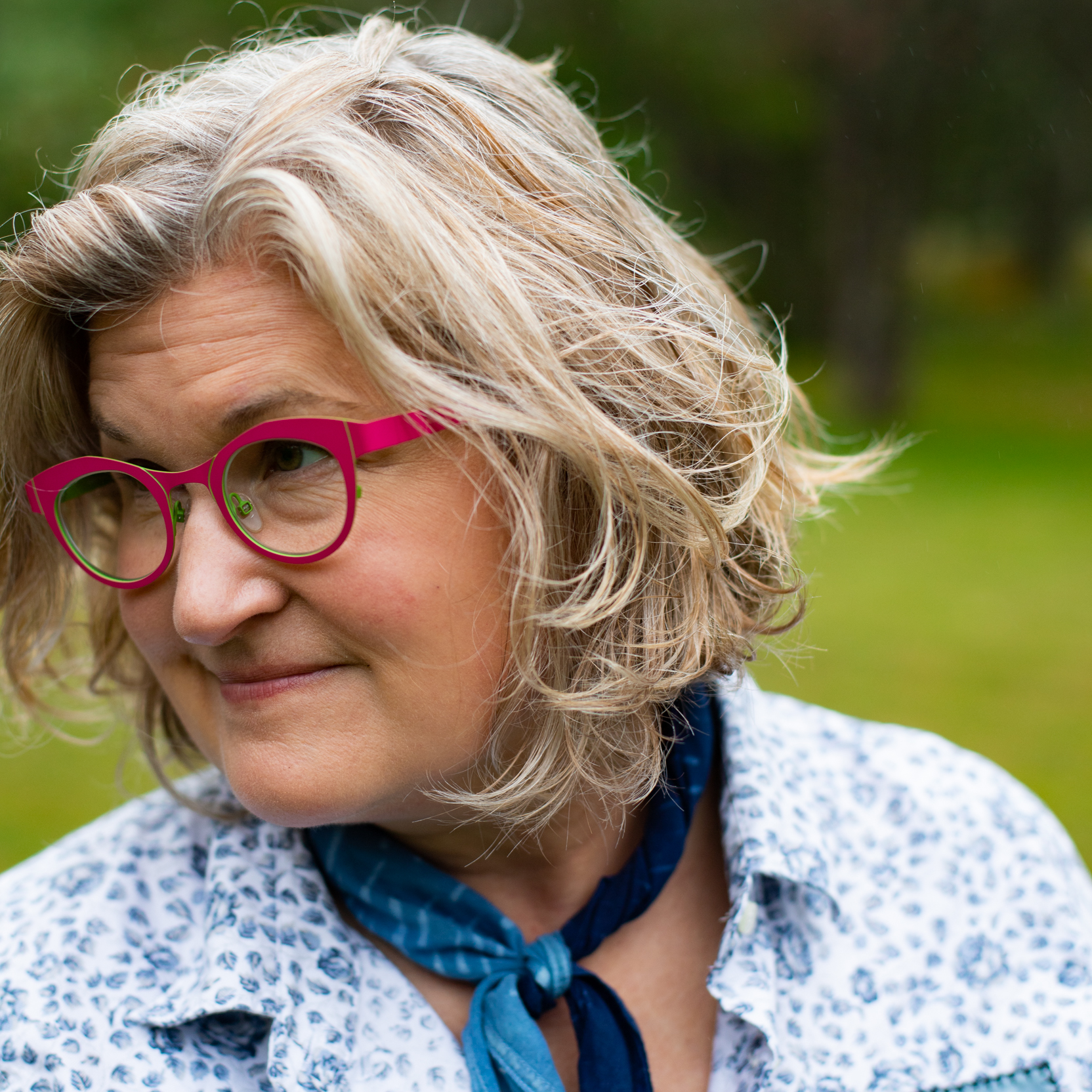 Evelyn came to The Barnstormers with a background in commercial photography, marketing and design.  She was formerly Creative Director at Keepsake Quilting, and head of catalog design at Northeast Auctions in Portsmouth, NH. 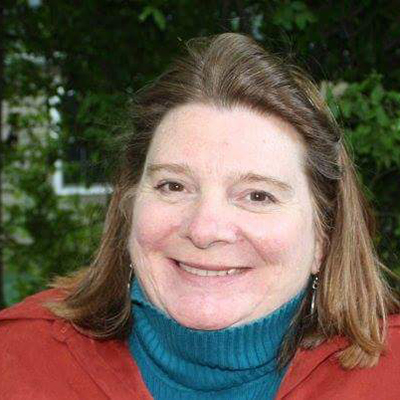 The Barnstormers has been in my blood since before I can even remember. Summer and The Barnstormers were truly synonymous terms. Francis Cleveland was my “revered uncle,” (his term), and I was lucky enough to be a part of The Barnstormers family from the beginning. Now it is a huge privilege to play a part in the current life and future of the organization.

By day, I am an executive strategy coach and business educator, specializing in leadership, change, and wrangling difficult conversations and conflict. I moonlight as a freelance writer and speaking coach, helping individuals and organizations hone their messages for a variety of audiences. I live in Portland, Maine, near my favorite sons, and spend as much time as possible in Tamworth, and love The Barnstormers as if it were a close relation! 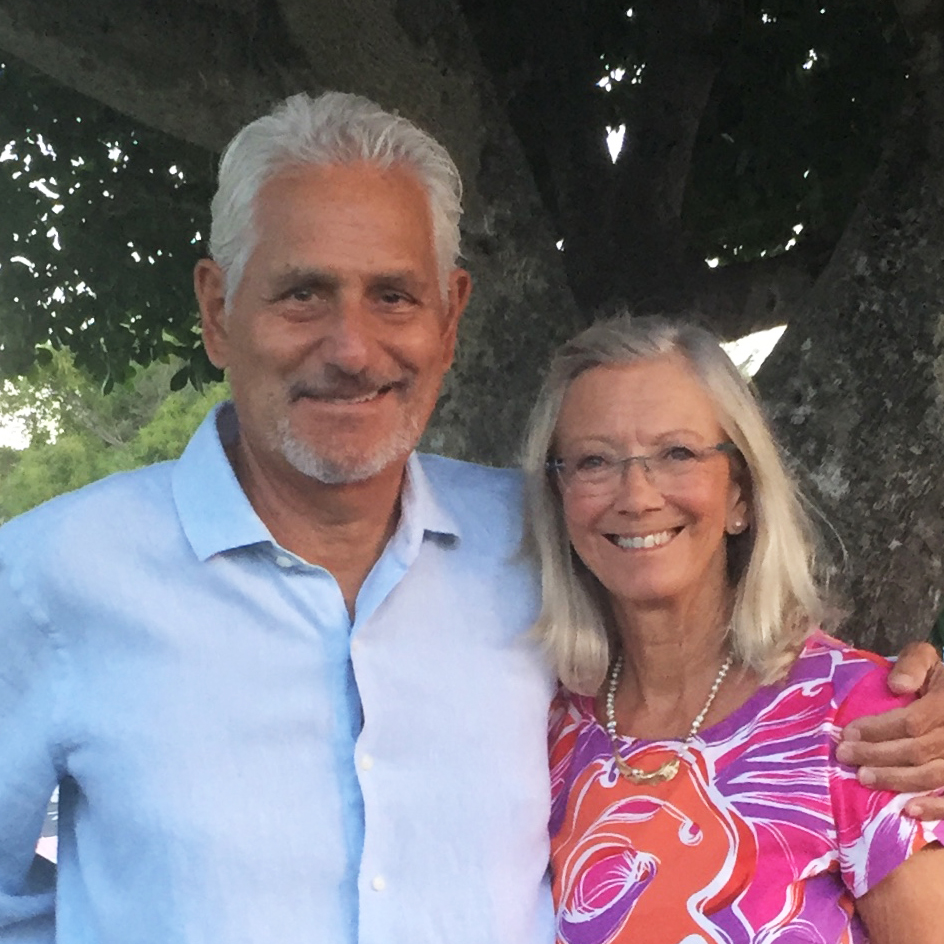 Having fallen head over heels for The Barnstormers, I have served on the Board since 2004.  Being involved with The Barnstormers and working to create a sustainable theatrical model for future generations has been a meaningful and rewarding endeavor.

Community outreach has always been a priority for me.  Over the years, I have been involved with Easter Seals, the Pan Mass Challenge, soup kitchens, the Salvation Army and southern N.H. sports programs.  Since relocating to the Tamworth area, I continue to be involved in community affairs as a volunteer at the Saint Andrews Food Pantry and the Brett School Oasis Tutoring Program.

In my professional career, I served as a Senior Vice President of Sales.  I was responsible for managing the sales revenues for some of the largest Lubricant Distributors in the continental United States.

When not at the theatre I am passionate about skiing, cycling, reading and gardening.  My most important accomplishment is my loving family. Along with my wife Linda, I am creating a new patron base with my seven grandchildren, all avid Barnstormers fans. 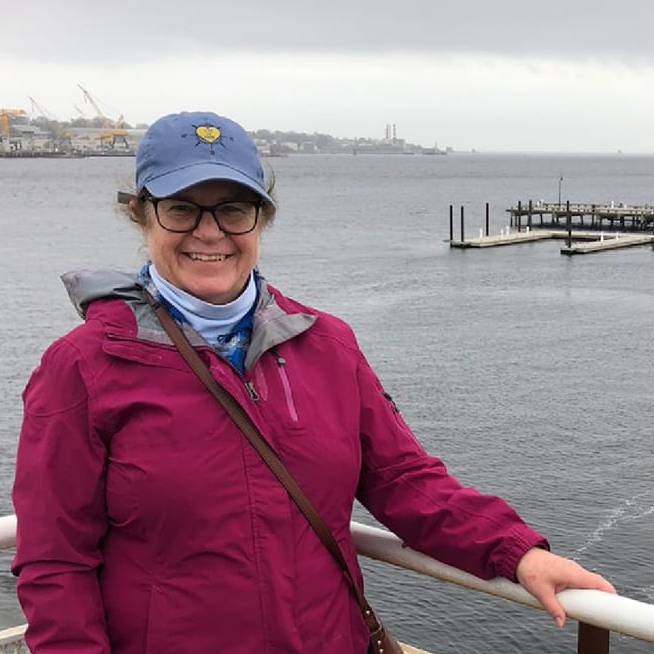 My husband Gene and I owned Indian Mound Hardware in Center Ossipee for 28 years before we retired.  I was very honored to be asked to join the Board of the Barnstormers Theatre and subsequently become Treasurer.  I enjoy sharing my experience in the accounting field and being a part of a great team of people working to insure the future success of The Barnstormers. 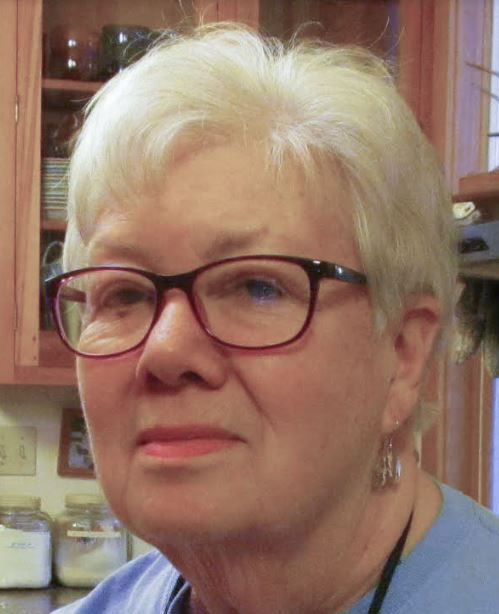 Anne grew up in Wonalancet. When she was twelve, Francis Cleveland cast her in January Thaw. She then worked properties and moved up to stage managing through her college years. She spent many years in New York, working as a casting director for commercials and industrial films,  as a design assistant for such Broadway shows as Company (original production), Two by Two, and Captain Brassbound’s Conversion among others. As stage manager for The Martha Graham Dance Company, she toured the US, Southeast Asia and Europe. Her last act in New York was helping director Scott Elliott to found off-Broadway’s New Group. She retired to Tamworth in 1998 and has been on the board of the theatre ever since. 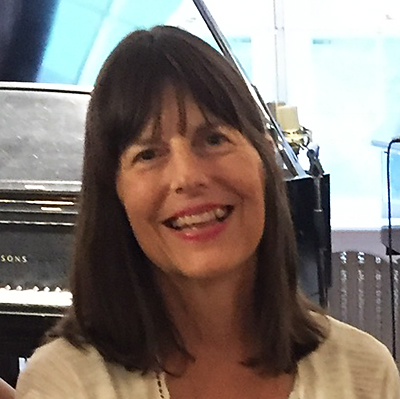 I grew up in Washington, DC, but my family spent every August on my aunt’s farm in South Tamworth, a vacation that would always include at least one visit to The Barnstormers.  The summer before I began my freshman year at Dartmouth, I was lucky enough to be hired by Francis Cleveland as an apprentice technician and properties mistress. Soon after retiring from my career as a criminal prosecutor, including 24 years at the US Department of Justice, I moved back to the Tamworth area and am now delighted to be once more part of The Barnstormers’ family. ​ 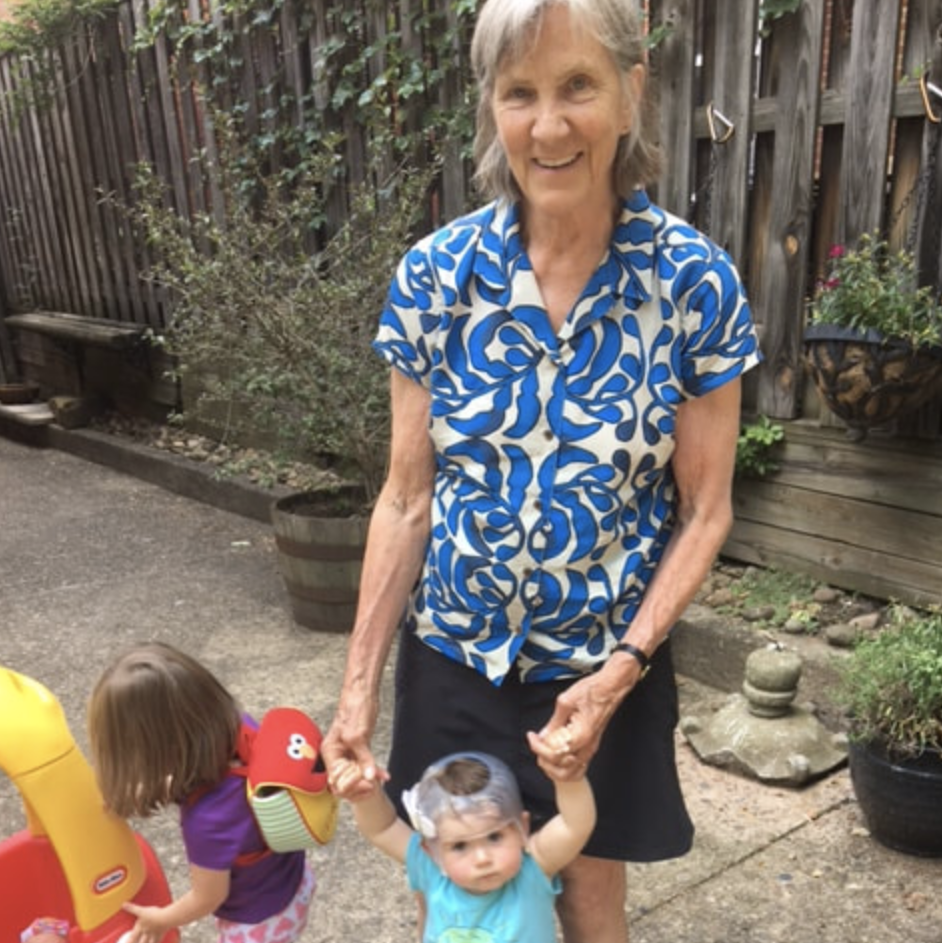 Mary has been a Barnstormers board member for eight years. Her father, James Breasted Jr., served on the board in the 1970’s. Her aunt, Katherine Hocking, acted in numerous Barnstormers productions. Mary was a small animal in the first production of “Toad of Toad Hall” in the theater in the 1950s, painted scenery as an apprentice in her teens and has been a Barnstormers fan all her life. A novelist and former journalist, she divides her time between the family home on Mt Mexico Rd and an apartment in NYC. She is married to former diplomat and businessman, Ted Smyth, now vice-president of the board of NYU’s Glucksman Ireland House and Chairman of the board of the Clinton Institute at University College Dublin. They have three children, Nicholas, Sally and Jenny, and three grandchildren. 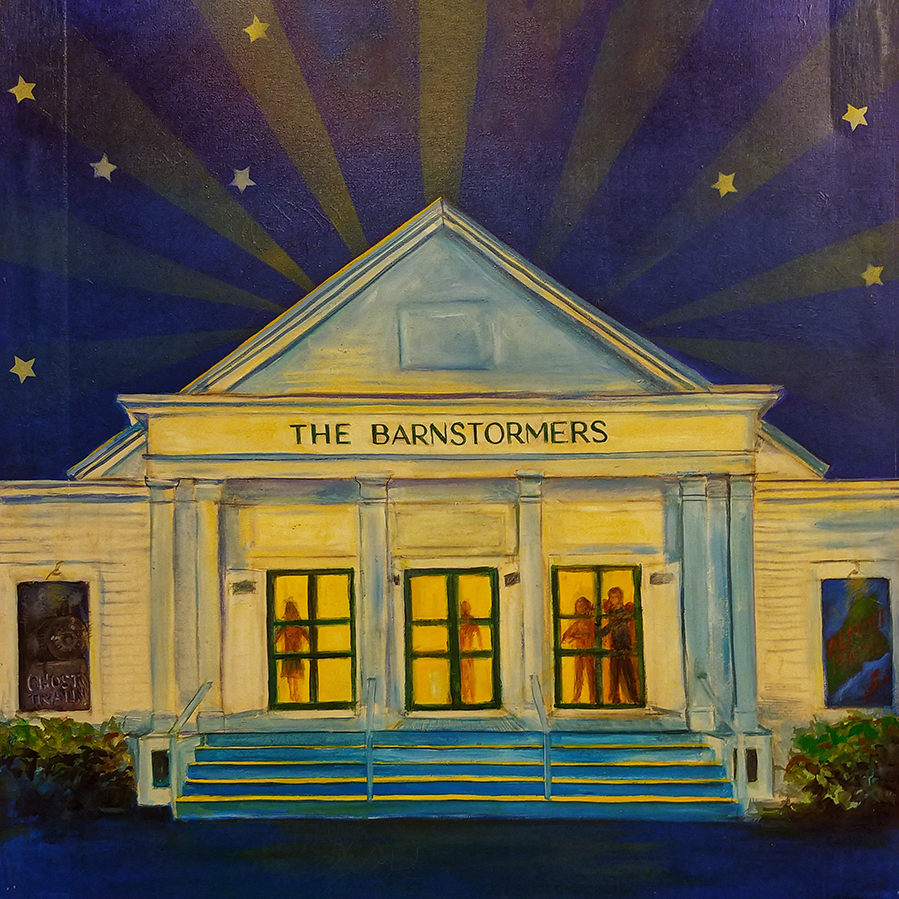 Minda has been involved with the Barnstormers for about 10 years. She lives in Wellesley MA and spends her summers in Moultonborough, NH. Attending the theatre has always been a special interest of her husband and her parents. They still bring her 89 year old father who loves the experience. Minda’s family supports the Barnstormers every season and want to be a part of its success. She comes to as many board meetings as possible when she can be in NH, as she feels it is a wonderful group of hard working members. She is excited about the success The Barnstormers are having this summer with the wonderful show selections. 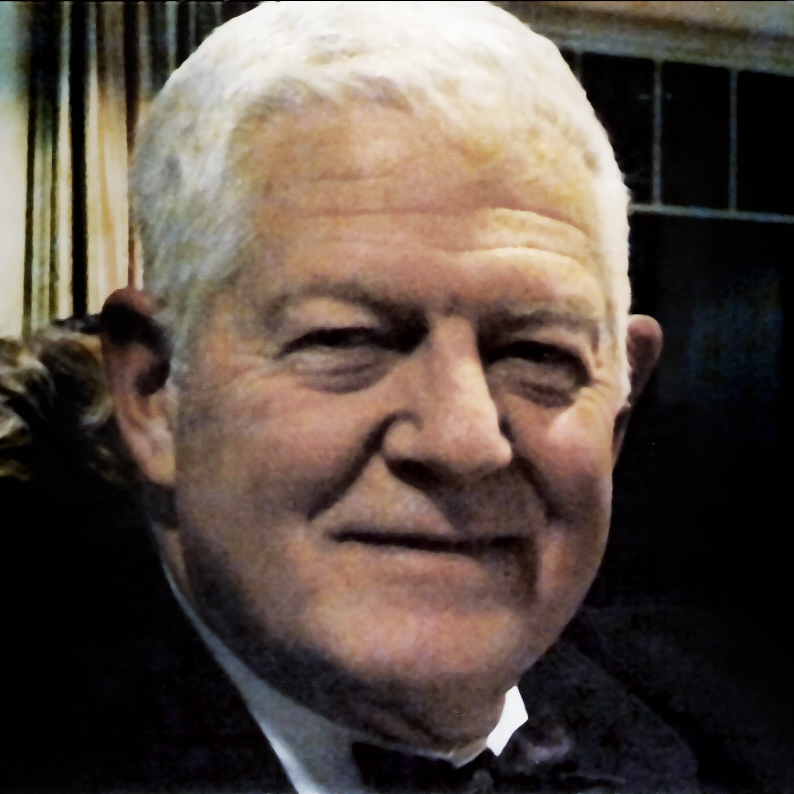 My personal life vision is for all people to identify and have access to their unique genius and share it as a gift to the world.

I worked for Executive Consulting Services in Detroit before leaving to start PMP, Inc (Personal Mastery Programs) in 1987, now celebrating its 31st year. The Mission for PMP is to transform organizations of individuals into teams of people, realizing their life’s purpose while supporting the mission of the enterprise.

I am a founding member and former Chairman of the Advisory Board for the Art of Leadership Foundation. The latter is a collaborative experience through which participants learn how to tap their “passion”.

I am former Chairman of the Board of B&B Specialty Foods of Bloomfield Hills, MI members of the NASFT. I was a member of the Detroit Chapter of the Association for Corporate Growth for 18 years, and a former Director and Past President. I was a member and past director of the Birmingham- Bloomfield Chamber of Commerce, and currently Chairman of the Chamber’s Advisory Board. I served on the Education Committee of Advisors for the Detroit Symphony Orchestra.

I graduated from the University of Pennsylvania in 1961 with a BA in Psychology and again 1963 with an MA in International Relations. In Sigma Chi, I served 13 years until June of 2107 as Grand Praetor for the East Michigan Province. I am currently serving as member of the Alumni Services Committee.

In April of 2017, I moved from Bloomfield Hills Michigan to live year around in New Hampshire. I continue my consulting practice from here. I have two adult children, Jon Jr. and Cynthia, and two Grandchildren. 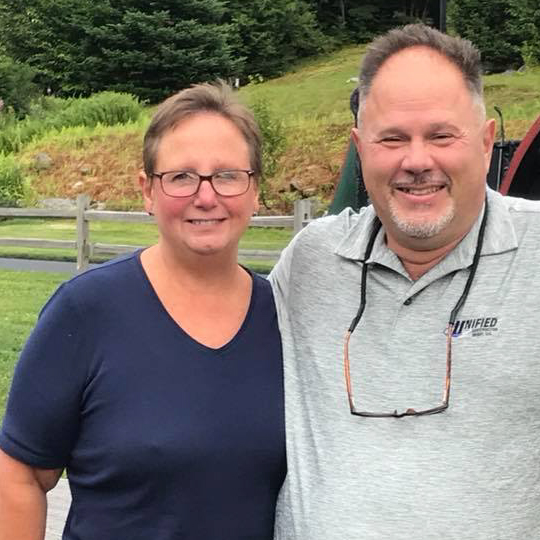 Lynn and her family have been enjoying the Barnstomers Theatre for over six years. Their love of the Barnstormers is what drove her to serve on the Board of Directors.  She is the Director of Development and Fundraising for the Gibson Center for Senior Services in North Conway, NH. With over 15 years of health and humans service experience, the mission of any organization is extremely important to her.  Lynn states, “The mission of the Barnstormers and the experience it brings to our patrons is bound to bring a smile to those that join our Barnstormers family.”  She holds a Masters in Health Administration from Southern New Hampshire University and serves on several committees locally including Treasurer of the Greater Ossipee Chamber of Commerce.  She lives in Tamworth with her husband Ed.  They have four children, Andrew, Kevin, Tony and Dan, and three granddaughters.